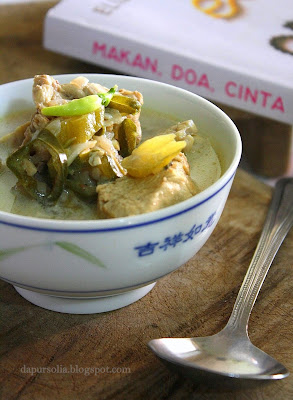 There was nothing special about that luncheon dish.

It was good, sour and spicy, with soup of coconut milk (thick one would be better but then it would be less healthy). We used gizzards and chicken breast but skipped the liver. Hubby and Naomi did not usually liked this dish but since the the belimbing wuluh (latin: A. bilimbi) was cut in big chunks, the sour was less sour for them this time. As for me, all I needed to do was grinding the boiled belimbing and chilly with the back of my spoon and it tasted just right.


Everybody was happy, plates after plates. Wanna proof? 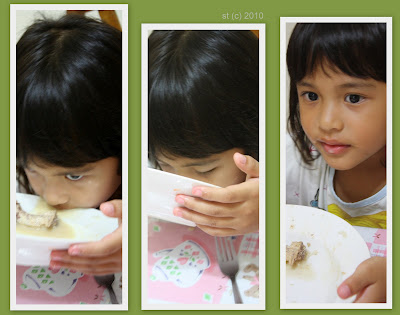